I know I’m a little late to the party as most 2015 MTV VMA reviews are already out there, but as the title says…I had already stayed up late to watch the whole thing, couldn’t stay up much later and get up to function at my real life job. I’m going to break out my review into the following categories: Miley, Miley vs Nicki, Performances, Kanye & Taylor, and Missing Elements. Feel free to skip to whatever part you are most interested in reading about!

To start, I wanted to talk about her outfit changes as fashion, but I can’t because her ensembles were nothing more than costumes. I wasn’t expecting Miley to strut around the stage in Elie Saab or Oscar de la Renta ballgowns, but she should/could have brought the fashion, even if she wanted to rock a pasty look – I mean, one of her look’s was a subpar knock-off of Lil’ Kim’s ’99 VMA look. All I’m saying is that she could have maybe split the “Miley”-costumes (like the square rainbow) and incorporated some kind of style into her clothing changes throughout the night. My favorite look of hers was the opening jumpsuit she wore, and that’s saying a lot because I’m almost over sequins.

As a host, she was decent. She wasn’t the worst host in the history of award shows, but she was no Ellen at the 2014 Oscar’s either (who she called out in her selfie skit). Some of her jokes were funny like Britney being her emergency contact and calling out Justin Bieber’s swoop in the beginning. I feel like her skits started out with the best (obvi who doesn’t love Andy Samberg) and then kinda went downhill from there. We got the memo, Miley, you like to smoke pot.

Apart of me thinks she would have shocked us more if at any point she just would have come out and been normal. I believe her good messages (like peace, equality, acceptance) are overshadowed by her antics. She got our attention in 2013, but it’s fading now with the same tripped-out moves.

By now we all know about Nicki Minaj calling out Miley on stage for her quotes in the New York Times article released last week. The big question was this real or fake? I don’t think we will ever know. Initially, I wrote down in my notes (yea – I’m a dork and took notes) “fake fight between Miley and Nicki?”, but it’s really too hard to tell. As my FAVORITE gossip site, Lainey Gossip, pointed out in this post here earlier this morning, the camera was quick to cut back and forth between them to really capture the moment with the best angles. Lainey’s post sums it up great if you want to go into more detail about it, but in the end, we aren’t going to lose with this new feud. We will get one of two outcomes (or maybe both) – 1) feud-fueled music which we all know is good (hello – Bad Blood) or 2) a make-up collaboration, like I said, we could potentially see both of those outcomes happening. As consumers, we win with this fight whether it’s real or fake. 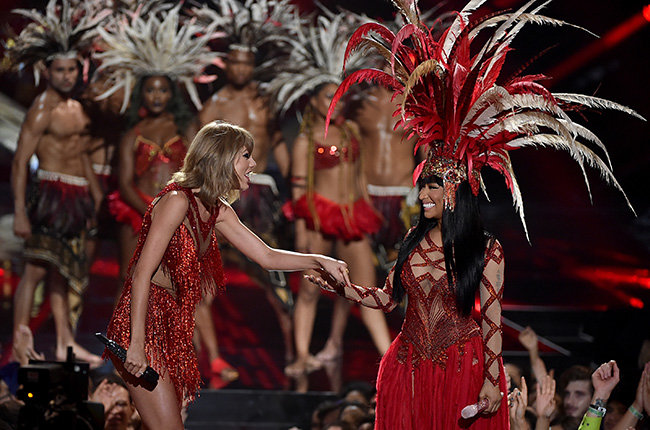 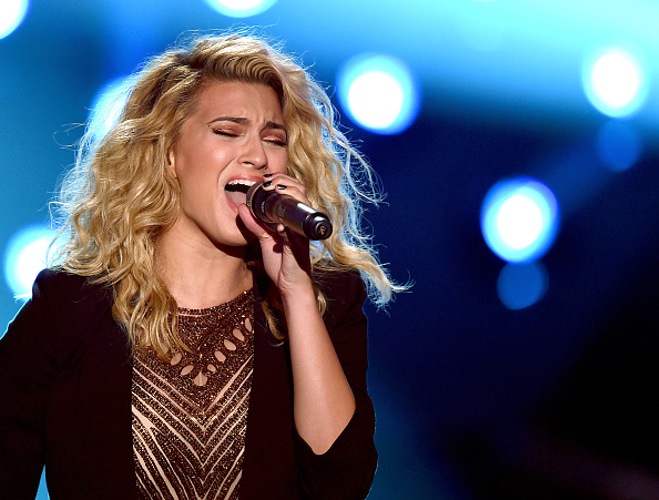 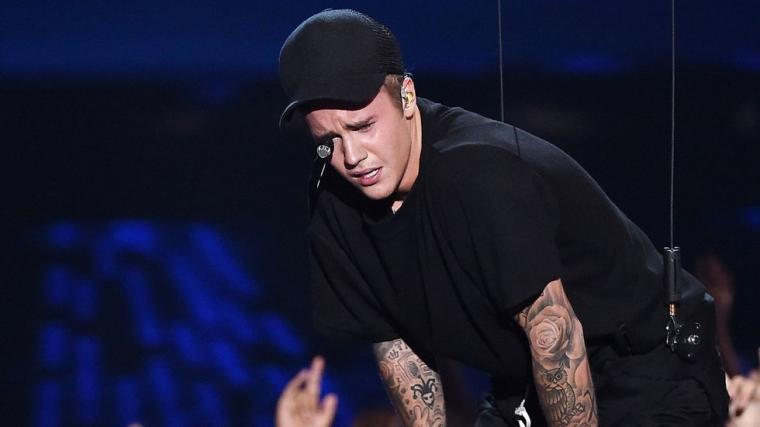 To sum it up, the woman won the show with their performances!

They were all about each other, and the show was kind of all about them. Taylor brought her Bad Blood #squad, and thanked them for being so awesome when she basically won everything except the Video Vanguard Award, that being bestowed upon Kanye. He stole her dance moves and squirmed around in his seat as a joke when she won best female artist, alluding to when he stole the mic from her in ’09. She revisited that moment when she presented him with his award. It was all so cute………….I have a few things about all of this though – of course I do. I am a firm believer in the conspiracy theory that back in ’09 when he stole the mic, that whole thing was staged. At the time, they had the same publicist and something about the whole thing just felt a lil manufactured? Now, do I think MTV had the intention of bringing this so full circle 6 years later? Naw, but the ’09 mic steal didn’t hurt either of their careers, and hmmm….seems to have only helped. Things have really worked out for both of them in the end. Two things from Kanye’s acceptance soliloquy – 1) if you don’t like award show’s which are just celebrities blowing smoke up other celebrities’ asses (there are no award shows in real life), then pull a Joaquin Phoenix and don’t support them…after all, Kanye did show up to collect the award….All right, 2) why does it take having a daughter for some men out there to realize they shouldn’t be assholes to women? This isn’t all on Kanye….you know how it is, some guy is a complete POS to women, and then he has a daughter and a light bulb goes off! Here’s an idea jerk-men, maybe just don’t be jerks in the first place and treat all people the same! Okay – rant over. 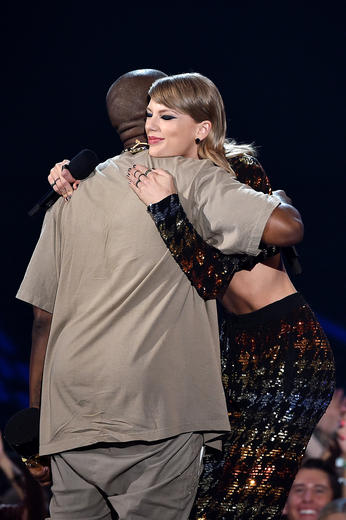 MIA: Key Players Not There

Hate to say it but I missed Bey & Jay…they are always good for some cutaways of Beyoncé’s face being smug or even a cameo in a performance. They should have been there. Rihanna!!! I really missed RiRi! She brings the fashion and the drama! There was definitely a Rihanna void in the show. And since it was the night of T. Swift winning, Katy Perry’s presence would have been great to juxtapose the all Swifty-ness – it would have been even better if she showed up with John Mayer.

Overall, it was decent, but I’m happy I don’t have to turn on MTV for another year now. And so concludes my first ever award show review!! Wahoo!! Cannot wait till we really get into it this award season!