So, I was going to individually review all the books I read this year for the site, but I read them over the course of the year, making it harder to remember all the details for a really good review. That is why I’ve decided today to do a lil book round-up at year end! It’s also good right now because then you can take these recommendations to get your bestie bookworm one of these for the holidays!

I’m going to start in reverse order from my least favorite to my most favorite book of 2015! Going forward, I’m going to try to review the books after I finish them. I just started Everybody Rise: A Novel by Stephanie Clifford – I know I won’t finish it in 2015 because I have so much going on, but it’ll be fun to review in early 2016.

6. The Girl on the Train: A Novel by Paula Hawkins 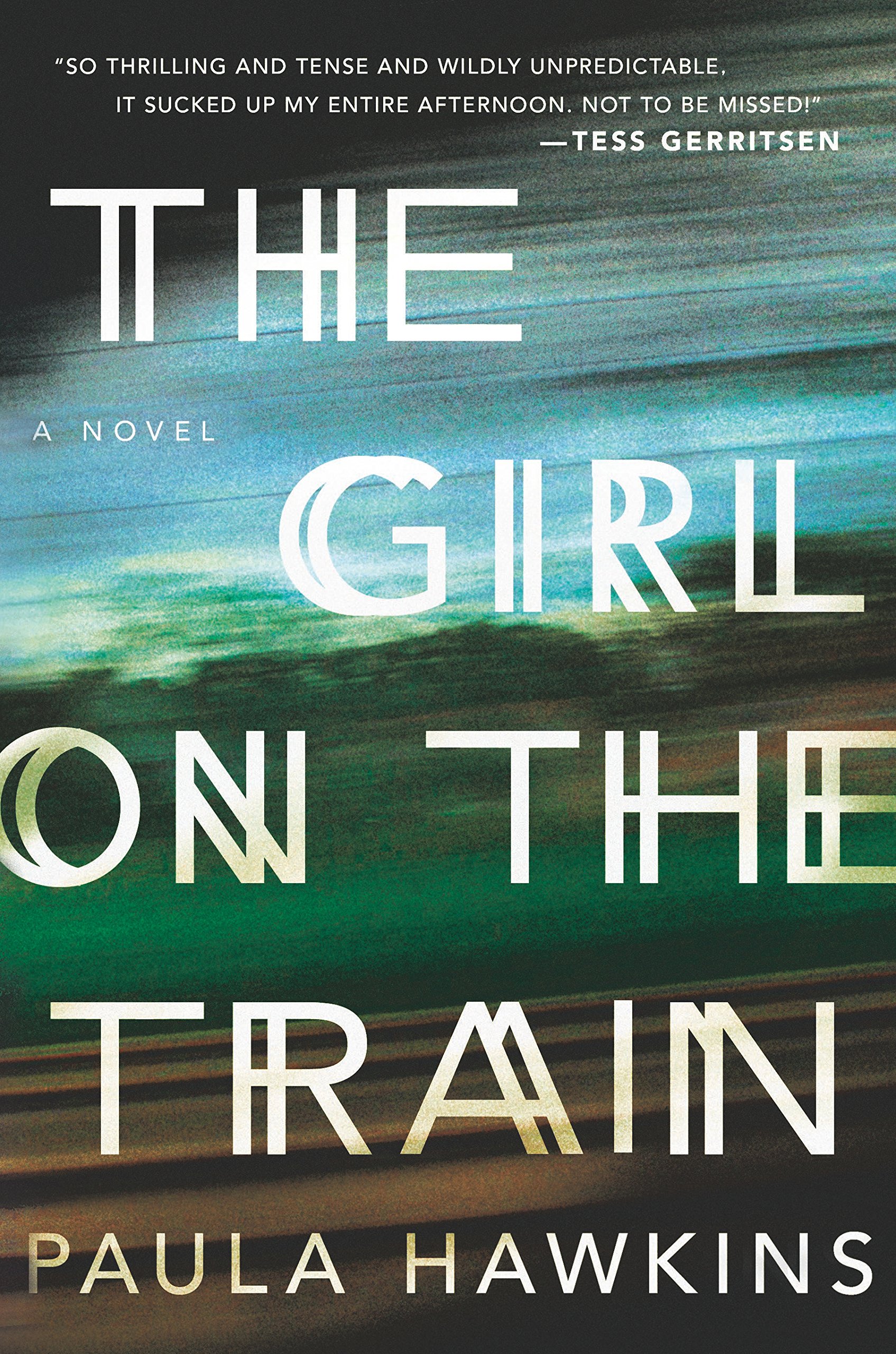 Ugh, I wanted to love this book. It was soooo buzzed about, but I didn’t. It was boring. I DESPISED pretty much all the characters. Rachel was deplorable disaster.  She’s literally the most frustrating character I have ever read. Drunk or sober she makes the WORST decisions on the planet, like cheesy horror movie bad decisions where are sitting saying, “seriously, you just did that for real?!!?”The other characters are just as bad. Tom, Rachel’s ex-husband, is whole other level shitty human being. I can’t really get into that without spoiling stuff, but take my word for it, he’s terrible. Anna is an annoying biatch. And Megan is temptingly interesting, but she doesn’t pan out either.  As for the “suspense thriller” aspect, the novel is slow as f*ck. I felt like Hawkins couldn’t get the tempo up ever. Then worst of all, I figured it out!!!! If you are going to make me sit through these awful characters, at least make it worth my while and shock me. As for all the Gone Girl comparisons, I wish I could comment on that, yet I did not read Gone Girl. After seeing the movie, I don’t feel like I need to either. Soooo yea, sorry – no comment on all the Gone Girl comparisons. All in all, this was a big no for me….I’M SORRY!! I know it’s a mainstream win, but it’s not a Wet Hair, Don’t Care win.

5. Blood Feud: The Clintons vs. the Obamas by Edward Klein

This is probably the only book in my adult life I haven’t finished. I feel like I shouldn’t “review” it, but I read most of it….and I will finish it at some point. My mistake was starting it in the summer. Summer is not a time for Blood Feuds, unless you are Taylor Swift, of course. I will say, if you are interested in politics, inner workings of our leaders and some good old fashion gossip, this will definitely fulfill all your needs. It’s a bit slow for my taste; however, Klein goes into great detail about both couples and their intense hatred for each other. He also elaborates on how they use and abuse one another for their own personal gains. Klein really does an excellent job outlining the psyches of these fragile people and politicos in general. I recommend this for people who really enjoy the behind the scenes of the political arena.

4. The Husband’s Secret by Laine Moriarty 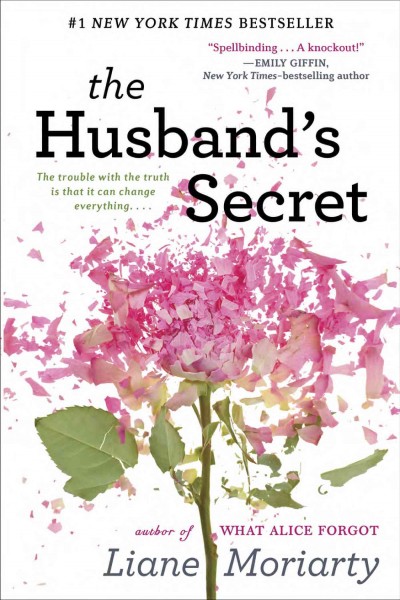 This one is lukewarm for me….I read it last  January so it’s a little fuzzy right now. I do know, it’s not nearly as good as Big Little Lies by  Moriarty (read that in 2014). It’s kinda hard when you read multiples by the same author. This one did not compare to Big Little Lies. I don’t think you will be able to figure out the big moment – it was jarring to say the least; however, you will probably be able to figure out some of the connections and twist Moriarty likes to throw in. I don’t want to say too much since it is kind of a mystery…the characters were slightly less annoying than The Girl on the Train characters. Although they make dumb choices during the book, Moriarty ddoes a better job making them relatable, even if you wouldn’t be BFF’s with any of them in real life. All in all, this is a decent summer or vacay fluff read. If you are running low on book options, this one definitely isn’t the worst and will entertaining for sure. 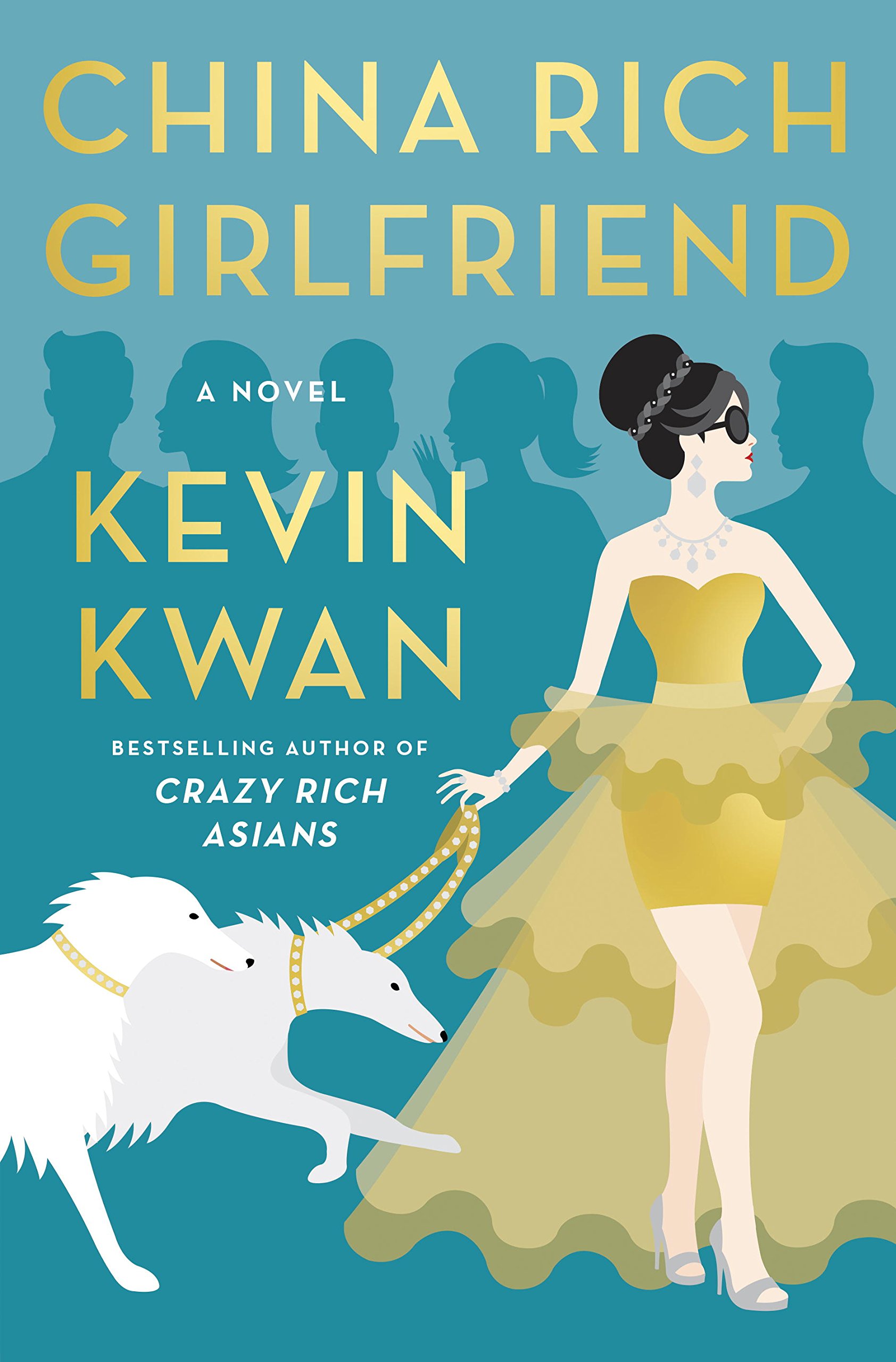 Ahhhh! If I could tie this with my number two pick, I totally would! I absolutely LOVE this book!!!! This is Kwan’s follow-up to the Crazy Rich Asians, which was my FAVE book of 2014. So as soon as I found out he was writing a sequel (THANK BABY JESUS cuz I totally had a book void after CRA), I actually preordered it on Amazon. Again, I’m going to try not to spoil this; therefore, my review might be light. I will say, you definitely should start with CRA and then read China Rich Girlfriend. I wish I had read them back to back because I forgot a few details about the characters. But man, do I love Kwan’s characters. He paints a life that one could only dream about with private jets, trips to Paris and designer labels galore. He also outlines the socio-economic structure of Asian’s most wealthy countries. That just because someone is rich, they may not be considered among the elite. As for the mains in this book: Astrid is by far my fave, still. She definitely has her flaws, yet sometimes, they are understandable. Her story line is frustrating during the journey but fulfilling in the end. Rachel and Nick are so blah it’s not even funny. Nick was Singapore’s most eligible bachelor until he met his girlfriend Rachel Chu, who is just a nobody econ professor in New York. In both CRA and CRG, the two play the ugh it sucks to be so rich card a lot which I’ve never understood. If you are rich, be rich. Nick’s mom, Eleanor, makes her appearances here and there doing things you mostly suspect (especially if you read CRA) and somethings you might not expect. So my biggest recommendation would be to read Crazy Rich Asians first and then move on to this great sequel, China Rich Girlfriend. I ate this bad boy up this past summer, and it’s DEFINITELY one of my faves of 2015, if not all time.

2. Down the Rabbit Hole: Curious Adventures and Cautionary Tales of a Former Playboy Bunny by Holly Madison 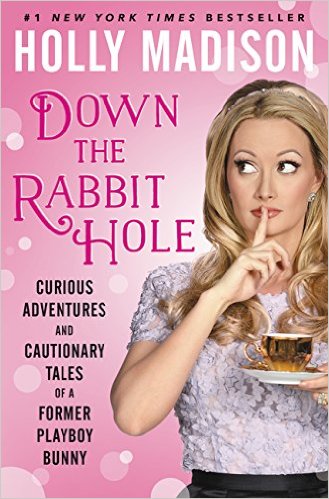 HOLY CRAP! I did NOT expect to love this book as much as I did. Wow, Holly hit it out of the park with this one. Let me start out by saying, I struggle through memoirs, yet I did not struggle through this one at all. I literally devoured it, taking maybe only 4 days to read it. I couldn’t put it down. So will you like it? I will say it’s for you or anyone who was interested/fascinated with that whole early to mid 2000’s Playboy scene. Looking back on that time, Playboy was everywhere from TV to movies. It was so mainstream, especially The Girls Next Door. I watched that show for five seasons straight (didn’t watch season six when it was Holly, Bridget and Kendra). So of course, I wanted to know the behind the scenes. This book gives you so much more. I wasn’t anticipating how much time Madison spent on her life before the mansion, before GND and then after GND. The meat of the book is actually after she arrived at the mansion but before GND started filming. All of the pre-GND parts are so important. It sets up the environment for why she was the way she was and why she stayed so long. The biggest complaint of the book would be she does play the victim a lot…I am sure some of it is true and some is embellished for the sake of the story. What I do believe is that 99% of what went down in that mansion (and it’s so sad, sick stuff) is true. I used to think Hef was this loveable nice guy. I used to think Playboy was SO cool, and everyone involved was gorgeous, glamorous and carefree. All of those thoughts were drastically changed by Madison’s account. My only other “meh” moment was how much time she spent on her life after she left the mansion. I get that though. She wanted to bring the book full circle, showing “hey, I made it out, and I’m better than ok now”. I don’t fault for that one. Obviously, I think if you have any sort of Playboy or Girls Next Door nostalgia this is a MUST READ. If you like juicy Hollywood gossip, you will also probably enjoy it as well! 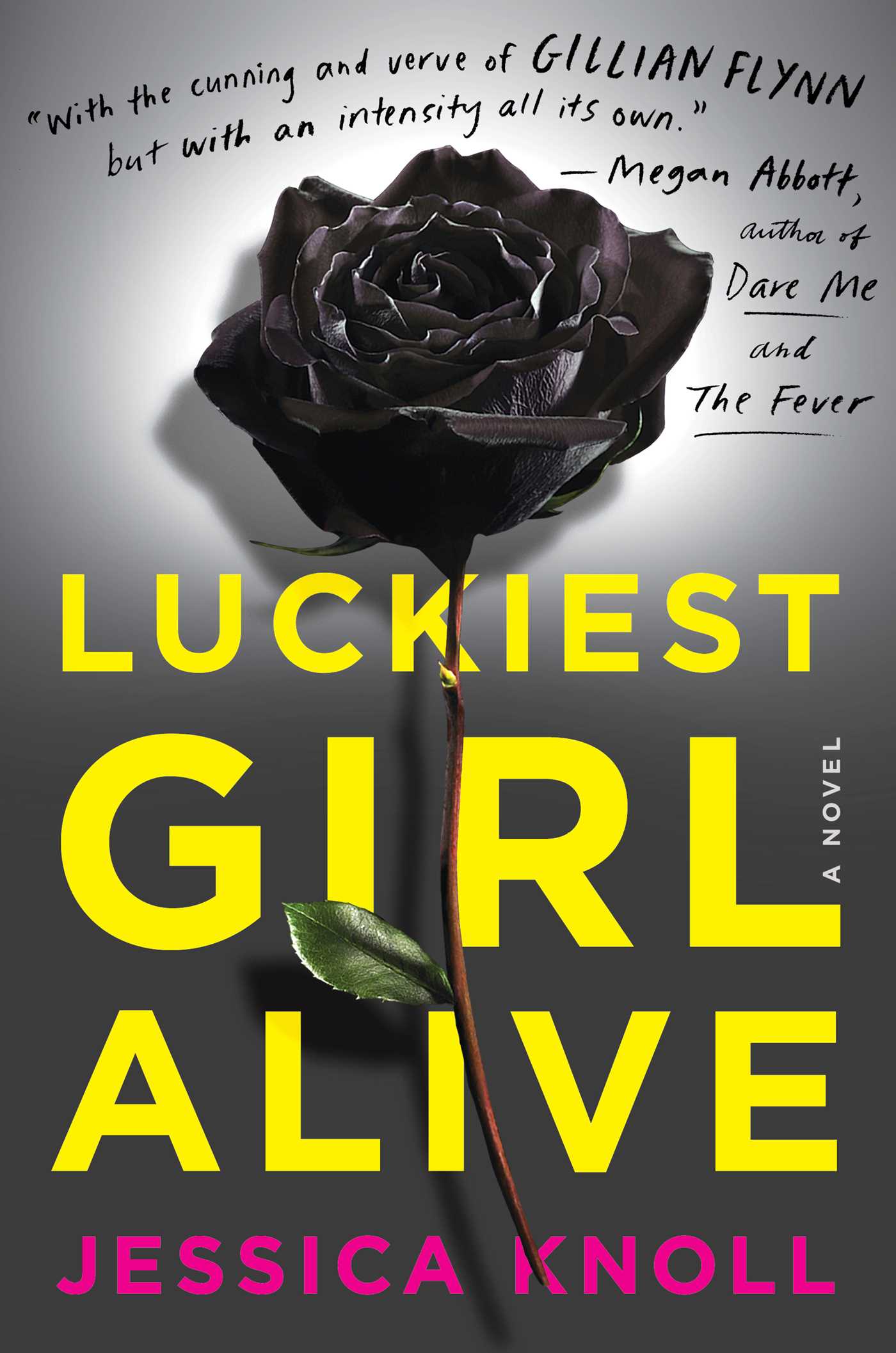 OBVIOUSLY!!!!!! Obviously, this is my number one pick of 2015! This is a no brainer!!! I actually started wethairdontcare.com with a complete review of this book. It was my very first post EVER on the site. You can find it here!!!!!! OMG do I love this book. It’s the best that I’ve read in years. Knoll’s Luckiest Girl Alive, is probably in my all-time faves, which doesn’t happen often. Knoll will push you in your own thoughts and feelings. This book has all the right elements of perfection. Knoll takes her time developing her characters, especially TifAni FaNeli, the main character. I love FaNeli so much. I actually miss her. I don’t want to give away anything in this lil blurb so I feel like if you want to know more you can read my previous review. It has a summary/overview section that keeps it spoiler free, and then I get into the nitty gritty that makes this book so amazing. Take my word for it, this Jessica Knoll’s Luckiest Girl Alive is a MUST read. Go pick up a copy for yourself and like everyone you know.

And so concludes my year in books! I know, it’s not a lot of books. I’m working on it!!! But there are only so many hours in my day, and no, Beyoncé and I don’t have the same days. Hopefully, going forward, I can start doing my book reviews right after I read them like I did with Luckiest Girl Alive. Also, if you have any good suggestions, feel free to comment below!!! I am ALWAYS open to a recommendation. Happy reading and happy New Year!